A big advantage that DART has over live fire ranges is that it can do things that would be difficult and expensive to replicate in the real world. One of these things is the ability to have multiple targets – each with their own graphics, movements, and scoring options.

In this lesson we’re going to create a simple course with three paper targets, but the principles you learn here will apply to adding multiple TruTarget and props to a course.

Start DART Studio. You will see the default screen like the one shown below. 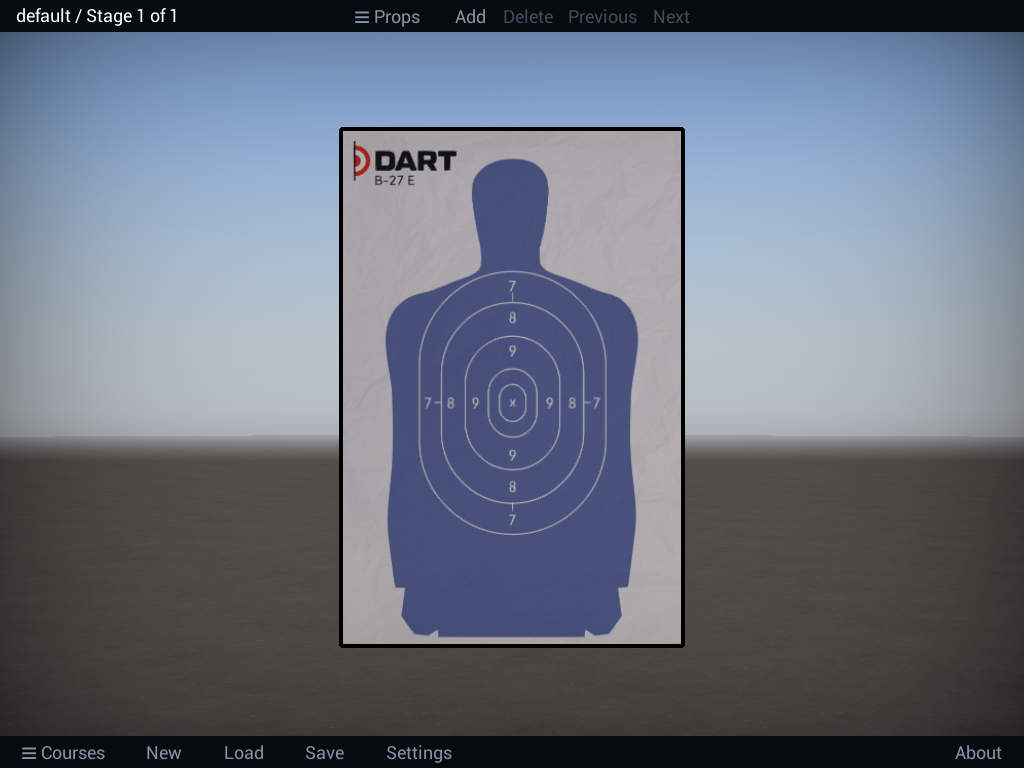 When working with multiple targets, its best to focus on one at a time. We’ll set a path for our first target, add a new target and path, and then the third target and path.

It also helps to have an idea of what you want your course to look like before beginning. For this lesson, we’ll have all three targets move from left to right at different distances.

Let’s start by giving this target a path that goes across the screen at 15 feet away from the shooter. Go to the Targets menu and select the Path command.

You’ll notice that the target’s first waypoint (the start of the path) is already selected and that the current path has two waypoints. That’s all we need for this example.

Move the target back 15 yards by clicking the number under Distance in the Navigation Panel at the top of the screen. Enter 15 and press Enter. The target will jump back to the 15-yard line.

Now let’s position it off the left side of the screen by changing the Horizontal value. A setting of 0 is in the center of the screen. Positive numbers will move the target to the right. Negative values will move it to the left. Enter -6 under Horizontal and press Enter.

The target vanishes because it has moved off the screen. Our first waypoint is set, now let’s adjust the second waypoint.

Click the Next button under Path Waypoints. This will move us to the second (and in this case, the last) waypoint.

When you do the target will jump back to the 75-yard line. Let’s change that by entering 15 under Distance and 6 under Horizontal.

There is one step left before we can test our path. Select the Motion option and set the Travel Time slider to 4. This means that we want the target to travel the length of the path in 4 seconds.

Once you have set the travel time, test your target’s motion by clicking Preview/One Target or press the 3 key on your keyboard. Your target should move smoothly across the screen from the left to the right.

All you need to do now is repeat the process, but first we need to add a new target. To do that, click the Add button at the top of the screen.

Note that the Targets menu should be active. If not, click the menu icon and select Targets, or press the F7 key on your keyboard.

A new target appears in the scene. It’s the same default target as our first target so let’s change that. Click the Load button and select any target – there are over 100 to choose from. 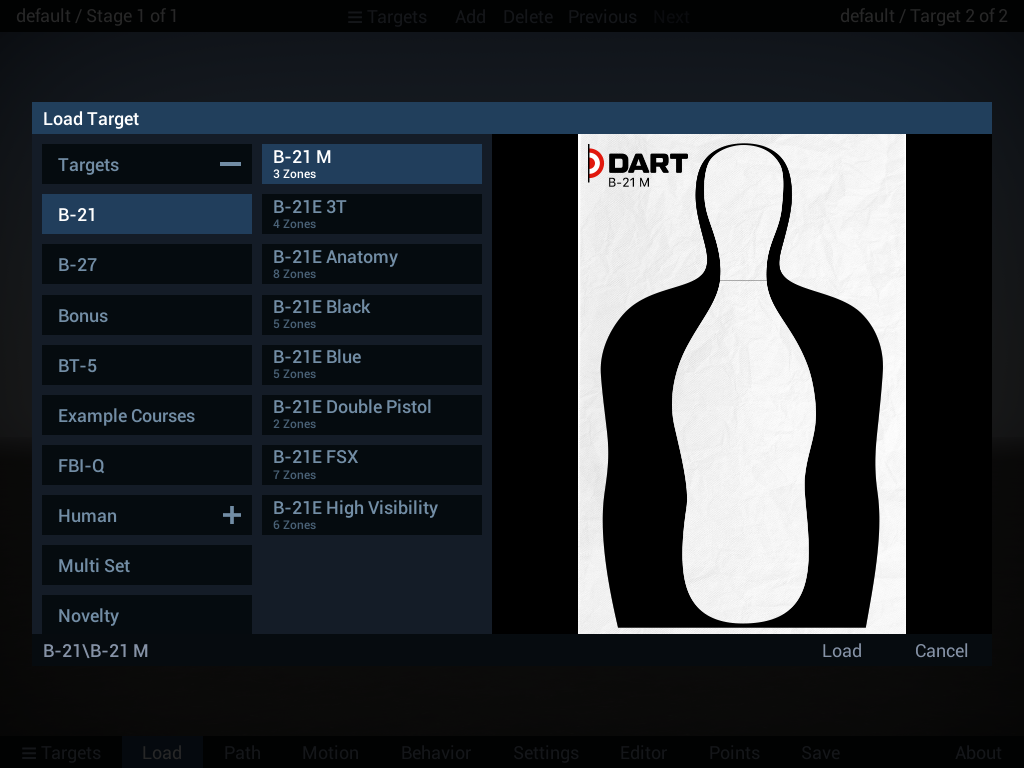 Select the Motion option and set the Travel Time slider to 5. Now that we have more than one target in the scene, we can see the motion of all targets by clicking Preview/All Targets or pressing the 4 key on your keyboard. Your targets should move smoothly across the screen from the left to the right.

Notice that our second target moves a little slower than our first target. That’s because we gave it 5 seconds to travel its path instead of the 4 seconds we gave the first target. The more time you give a target to move, the slower it moves.

Add a third target to the scene by clicking the Add button at the top of the screen. Use the Load button to select and load a new target type.

Select the Motion option and set the Travel Time slider to 6. Preview the motion of all targets by clicking Preview/All Targets or pressing the 4 key on your keyboard. All three targets should move smoothly across the screen from the left to the right.

It looks good, but let’s change things up a little by having the middle target move from right to left. It’s really easy.

First, we need to select the second target. At the top of the screen click the Previous button.

This moves us from the third target back to the second target. You’ll know you’re there because the top info bar will say Target 2 of 3.

Now the center target will move from right to left while the remaining targets still move left to the right.

DART supports up to 10 regular targets and 10 TruTargets in a single stage.

T
Tech is the author of this solution article.

Did you find it helpful? Yes No

Send feedback
Sorry we couldn't be helpful. Help us improve this article with your feedback.